Proposal: “Will You Be My Husband?” 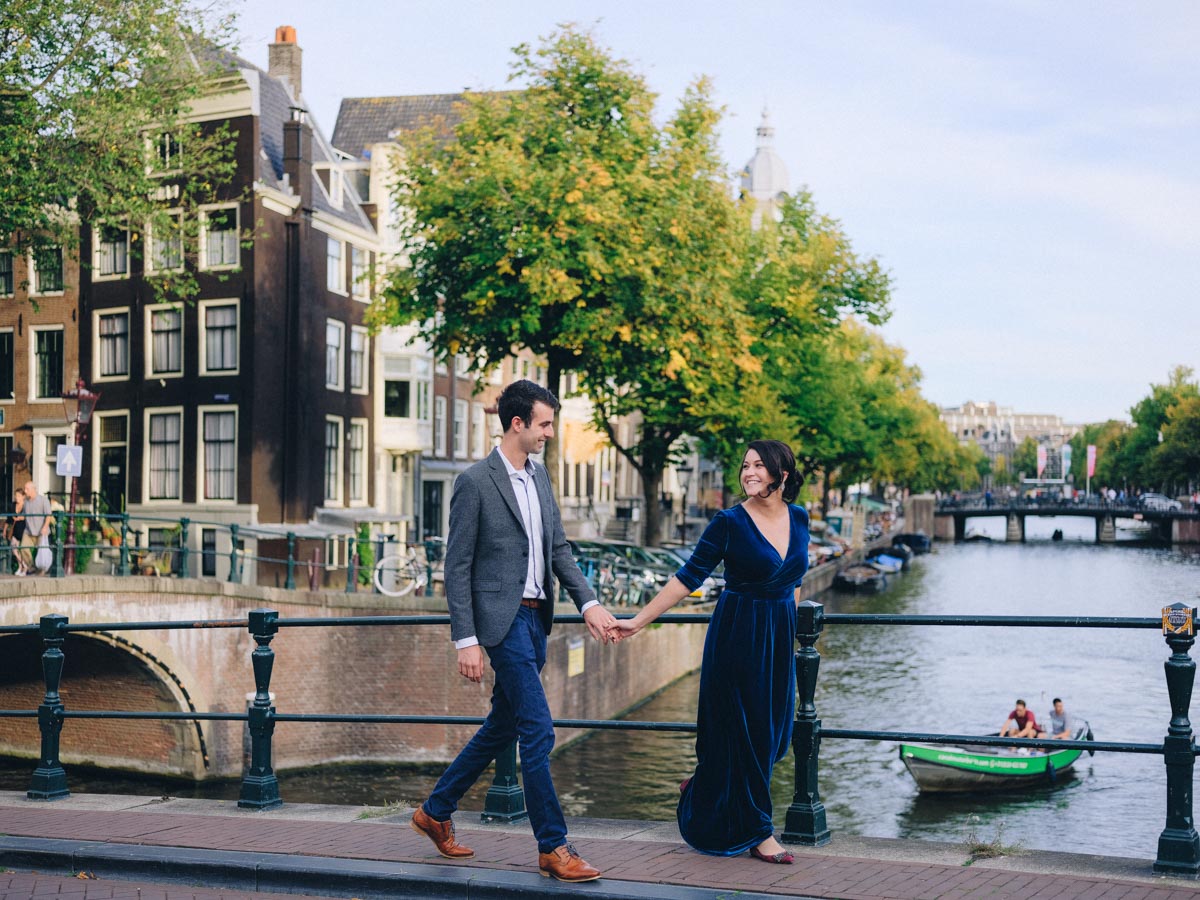 Nicole is from the USA, Wim is Dutch. They met at the University of Amsterdam and fell in love at first sight!

Today is the third anniversary of their relationship and Nicole has prepared a surprise for Wim! Nicole carefully thought out and prepared everything in advance: rented a magnificent ancient room in one of the canal houses on the Keizerchraght (Amsterdam, the Netherlands), arranged the musicians, ordered a marriage proposal photo session, bought a golden ring for her beloved, nicely decorated the room with flowers, their favorite photographs, lights and even hired a make-up artist for a special look. And most important – Wim hadn’t any clue! He thought he would be visiting a live jazz evening!

Beautiful romantic music enveloped from the hall, Nicole and Wim were spinning around in a romantic dance … cried with happiness, hugged and kissed. At the climax, Nicole made a touching speech with a trembling and at the same time flaming voice and invited Wim to spend his whole life’s journey together! Wim with no doubt answered: “Yes!”